If you are a resident keen to help monitor and discourage speeding and other inappropriate driving through the village: please contact a parish councillor.

There is a new police led scheme called Community Road Safety for which more volunteers are needed if it is to function in our part of the borough.

Orston continues to share with four neighbouring villages a Speedgun which can be used by volunteers at the side of the road to deter speeding – this was funded by a NCC grant from the late Cllr Suthers.

The HGV weight restriction on the C3 campaigned for by the Traffic Action Group was adopted permanently but there are still incidences of large vehicles coming down Station Road and indeed into the centre of the village.

The history of Traffic Action in Orston

For some time many villagers had voiced their concerns about the
increase of heavy lorries and speeding cars in our village. The Orston
Traffic Action Group (TAG) was set up to DO SOMETHING ABOUT IT.
Following an initial meeting it was agreed that key issues needed
addressing and these were set out in the attached document.

A date was identified for a traffic survey on the C3/ Station Road on Thursday 9th August 2012. The reason for conducting the survey was to gather data to establish the quantity and type of traffic using the road. In particular to know how many HGV’s are using the route compared to the survey conducted the year previous. Since the earlier survey the HGV weight limit had been imposed. The ‘before’ and ‘after’ data will be used to argue a case for keeping the HGV weight restriction in place.

Patrick Mercer MP called a Public Meeting to discuss the heavy traffic use of HGVs and speeding vehicles on the C3 road which runs from the A52 through Orston, Alverton, Kilverton and Staunton to Newark. Attending alongside Mr Mercer were Councillor Martin Suthers, Newark District Councillors, Highways and police. Mr Mercer said he had called the meeting in response to public demand and a series of issues coming across his desk. There were approximately 90 people in the audience.

The Newark and District Highways representative advised that the weight limit for HGVs was out for consultation which finishes on December 15.

On the subject of speed restrictions, the police representative advised that enforcing speed limits is an issue – there are not enough police officers to enforce the restrictions.

Mr Mercer reiterated his support for the Southern relief road.

In conclusion Mr Mercer said that he would use parliamentary pressure to work alongside the councils to make progress, and that the panel would report back to the community on all actions taken. 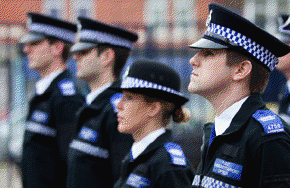